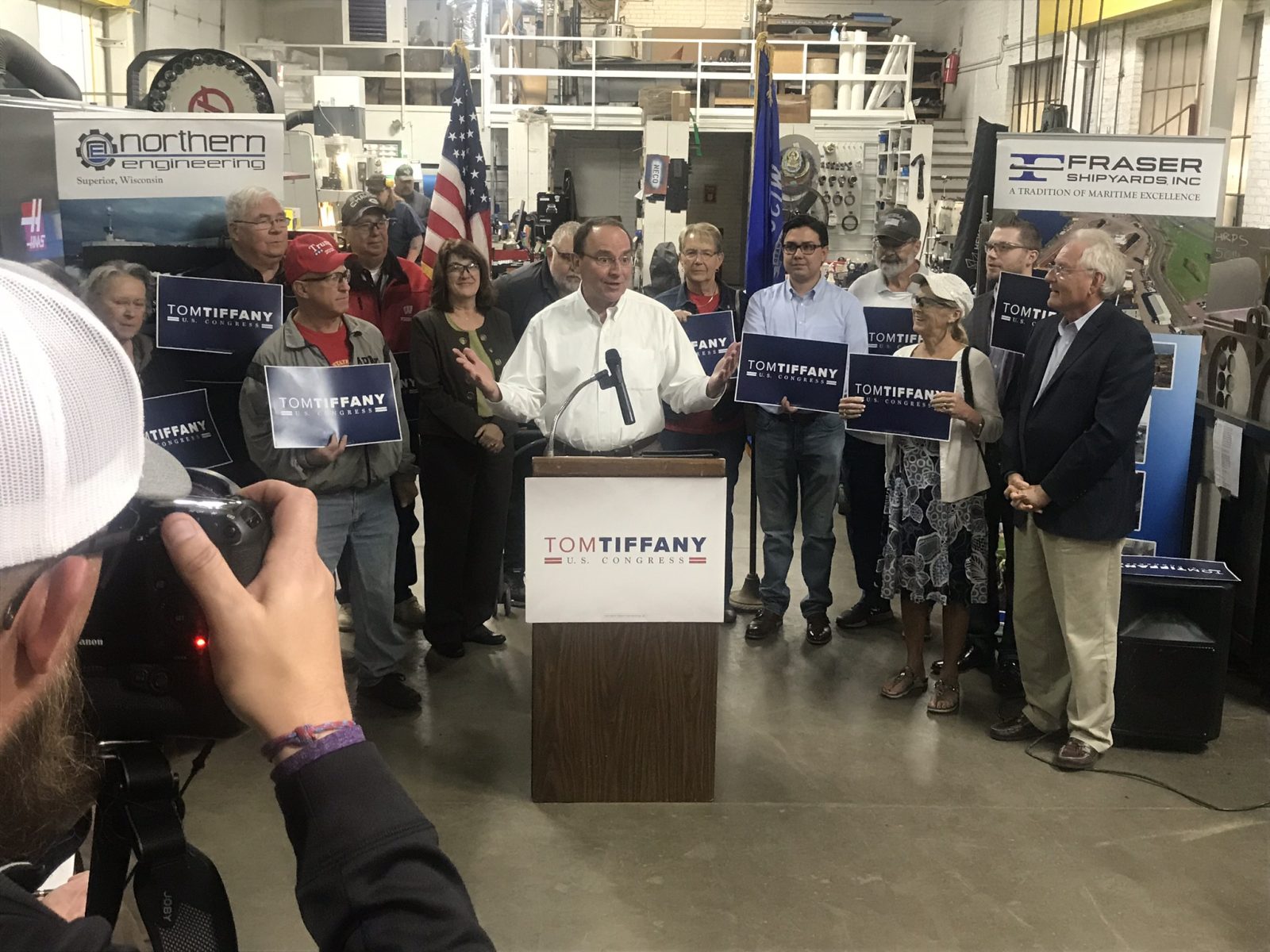 After Rep. Sean Duffy announced he is going to resign from Congress next month, the question has been who will fill his seat. Now a candidate has emerged.

Tiffany says he feels a responsibility to replace Duffy, but believes he would be successful doing so.

“Congressman Duffy did a really good job here representing the 7th Congressional District,” said Tiffany. “He really brought a great optimism, was a real leader out in Washington D.C,” he said.

Tiffany acknowledges he would have big shoes to fill, but says he is up to the task.

“I’m not Sean Duffy. He was a one of a kind, but I will bring my own attributes to the table,” said Tiffany.

“Tom Tiffany, he cares about the people of America,” said Sue Vrooman of Superior.

Vrooman and her husband Bruce say Tiffany would be a fantastic replacement to fill Duffy’s seat.

“We’ve heard him speak and seen what he’s done for the state,” said Vrooman.

Tiffany spoke in front of voters on Wednesday afternoon at Northern Engineering in Superior. He cites his work at the state level for why he feels he would be a good candidate in Washington.

“I’ve been a reformer in Madison. We’ve made a lot of changes in Madison, and really have put Wisconsin in a much better place. I believe I can do the same thing in Washington D.C,” said Tiffany.

Specifically, he says he has done a lot of work on natural resources issues, and that he has ideas to help the port of Superior.

“I just think this is such an important port in North America for the United States, and that’s something I’m going to give special emphasis,” said Tiffany.

As of Wednesday evening, Tiffany is the only candidate to have entered the race.

Democrat Nick Milroy who represents northwestern Wisconsin in the State Assembly has also been discussed as a potential candidate, but he says he is waiting to see when Gov. Evers calls the special election before he is going to decide.

There is still no word on when that will happen.

Click on the link below to view the video coverage 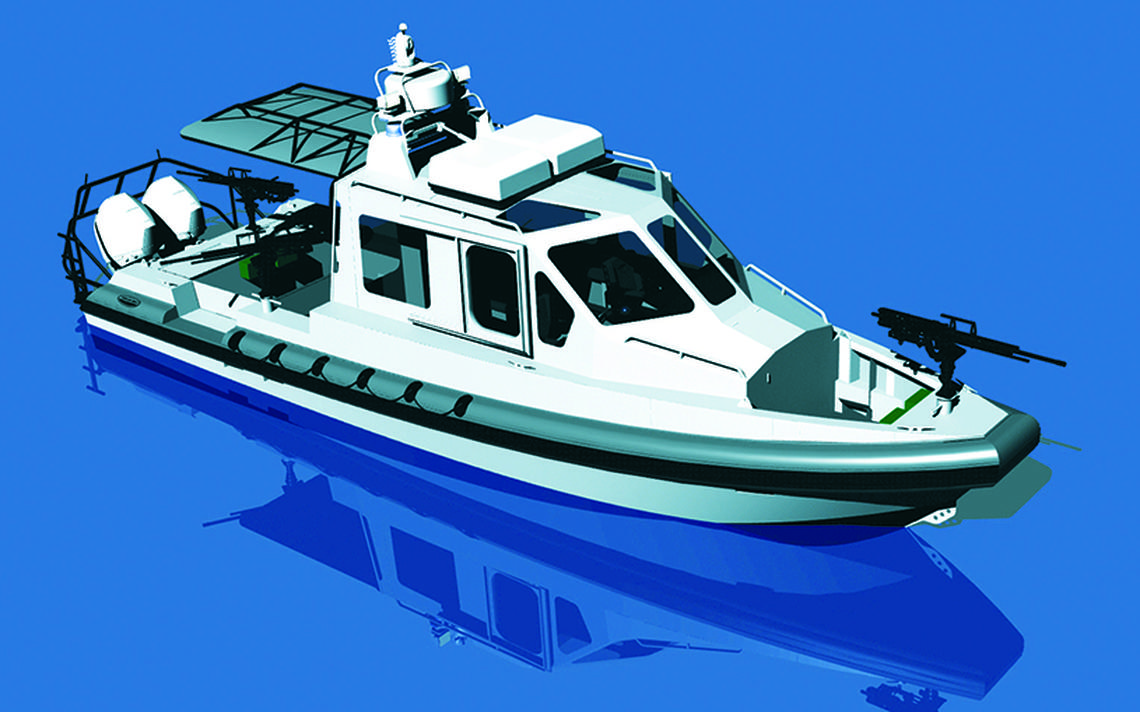 Lake Assault Boats, a Superior-based manufacturer of patrol, rescue and fire boats, has been chosen to build up to 119 Force Protection Patrol, or FP-M, boats for the U.S. Navy. 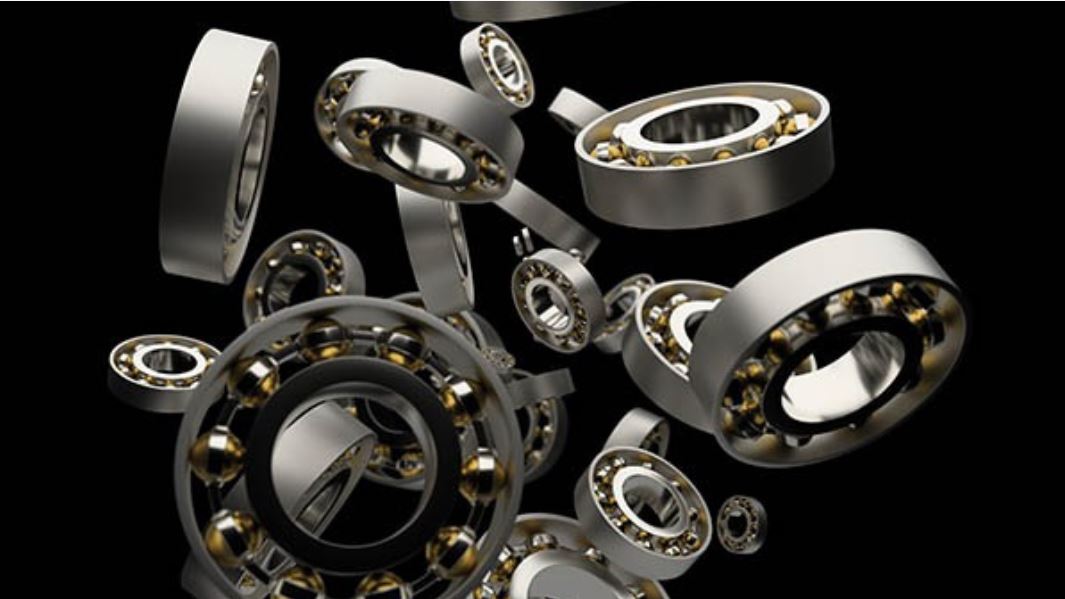